“When I paint, that’s my escape. It takes me to a whole other realm.” 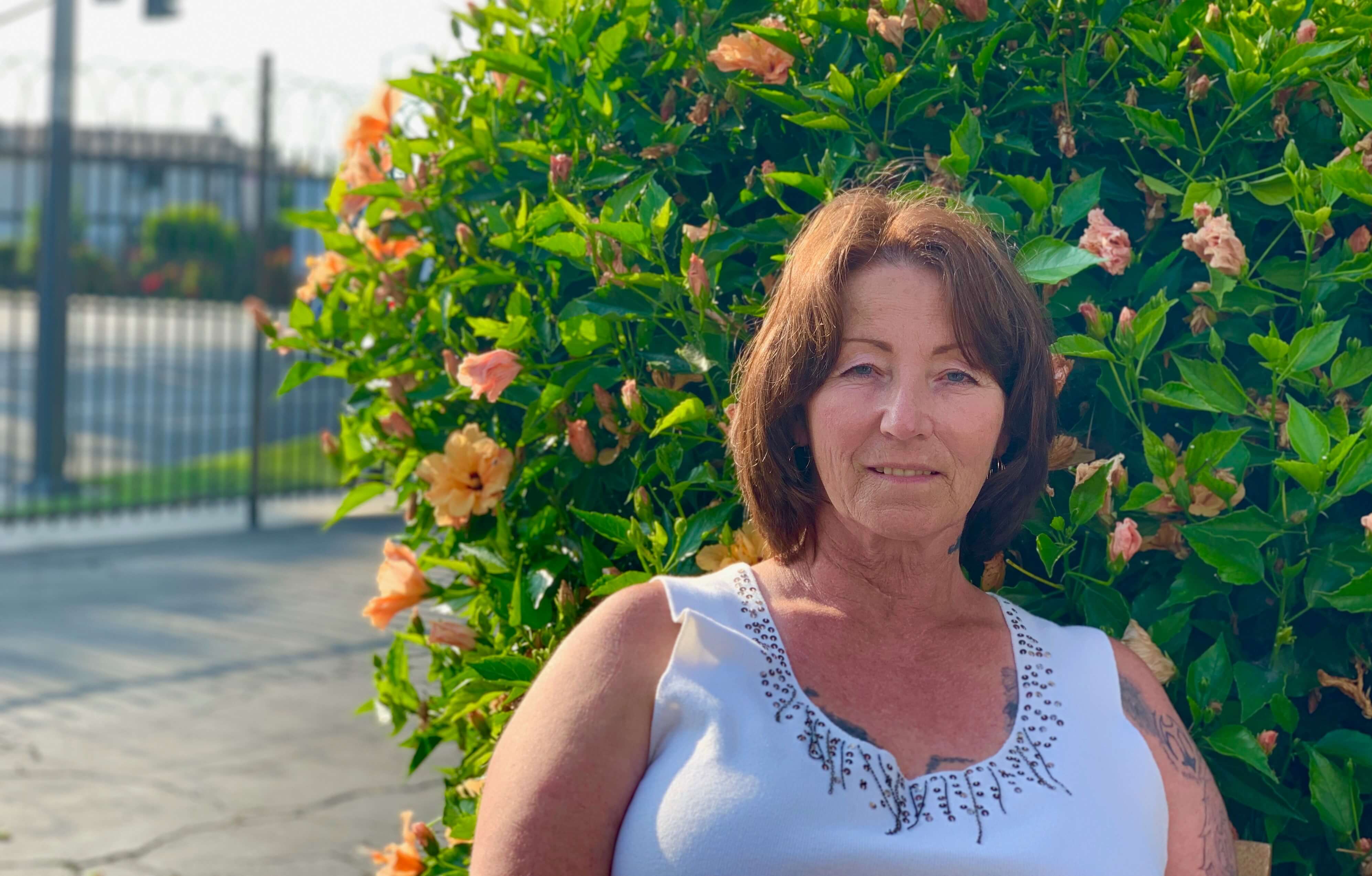 Spending 37 years in prison, anyone would be looking for an escape. Thankfully for Rikki Soria, a small escape could be found in paintbrushes and pencils.

But it didn’t come easy. Her journey took her through some dark places before she was able to find light through her art.

In 1981, at the age of 18, Rikki was sentenced to 15 years in prison; the judge assured her she’d only do half that amount. But when she got to her classification hearing at prison, she was told to get comfortable: she would be serving a life sentence. Rikki protested, but the corrections officers just laughed at her. It appeared she would be in prison for the rest of her life.

For the next couple of decades, Rikki was in near-constant trouble with prison officials. And she became addicted to heroin.

“I thought I would never get out of prison. The governors we had at the time in the state kept reiterating, ‘Life means life.’ And the laws kept getting worse,” Rikki says, describing a period in the 1980s and ‘90s when California went all in on being tough on crime.

“I didn’t recognize who I was anymore. And I hated my life,” she says.

That year, Rikki’s mother came to visit her for the first time. It only made things worse.

“She didn’t talk to me. It was like she was forced to be there — and she was. Her partner made her come just to see that I’m still there, that she still had a daughter. She came to see me when I was emotionally in an abyss, and I just kept getting deeper and deeper.”

After the visit, Rikki tried to commit suicide.

“They tried to put me on medication. I said, ‘No. This isn’t who I am. Something’s wrong, and you need to help me fix it.’ So I went to therapy, and the therapist helped me figure out that it wasn’t because of drugs that I felt so depressed: it was because of my relationship with my mom.”

Once Rikki realized what was wrong, she began to grow, and she accepted her mom for who she was. While undergoing this period of self-reflection and healing, she was also preparing to go before the parole board. It was then that her counselor found documentation in her file that proved Rikki had been right all along: the judge had only sentenced her to 15 years.

“I was just sitting there going, ‘I knew it! Why did I waste my time on drugs?’ I sat there kicking myself in the ass for the longest time.”

She returned to court for an evidentiary hearing, thinking she would finally receive justice. Things did not go as she’d hoped.

“My whole family was there to take me home because they just knew I was going to get out,” she says. “It’s there in black and white, and my sentencing judge was on the stand giving testimony that he hadn’t given me life.”

But it didn’t matter. The presiding judge called the now-retired sentencing judge “incompetent,” and Rikki went right back to prison.

“Oh, it was terrible. I was distraught. If my family hadn’t been there, I probably would have been okay.”

But instead of falling into despair, she went straight to the program office and said, ‘Lock me up. I’m tired of using.’”

“I was very serious about my sobriety and got into several programs. I got clean. I got my brain and my life back as much as I possibly could.”

By the late 2000s, lifers were beginning to go home. The laws were changing; the governors were becoming somewhat more progressive regarding criminal justice. One day in 2010, four lifers and one long-termer went home. “I told myself, ‘This is serious. This is real. Get it together.’ I had to put myself back in reality. After living in a fantasy world for so long, that was a transition.” She became more serious about sobriety than ever and, as she puts it, “came back with a vengeance.”

Through it all, Rikki drew, and she did tattoos in prison. “I liked to draw when I was young, but I didn’t think nothing of it,” she says. “Nobody told me, ‘Wow, this is nice; you need to further your education.’ Those words may have resonated enough that I might have chosen a different path.”

In late December 2017, Rikki had to have a medical procedure that put her in the Skilled Nursing Facility (SNF) for three weeks. She made regular trips to the SNF Unit’s exercise yard, which she found depressing — it was encased in brick with only the sky above. She told the supervisors that they should have someone paint the walls. Rikki had long had a reputation among her fellow prisoners for being an artist. Based on word of mouth alone, the supervisors called her eight months later and asked her to do the job.

Rikki painted a beautiful undersea mural — complete with jellyfish, sea turtles, dolphins, seals and a diver — on the walls of the exercise yard.

“The women loved it,” Rikki says. “It just took them away from where they were. It took me away from where I was. To have those ladies sit in their wheelchairs and watch me paint and have it take them on a journey — that was very fulfilling. It made me want to do more.”

When asked whether she felt like art played a role in her sobriety, Rikki becomes contemplative. “Yes, as a matter of fact. I never really thought of it. But yes, my art plays a big part in my sobriety. When I wasn’t painting, I would use. But when I was painting, I didn’t. Painting was my escape. I still want to travel to those places, but now I know I can travel further because I don’t have this addiction over here waiting for me to stop painting. My travels can be extensive now, and that’s what I want.”

Rikki was finally released from prison in March 2019. And then she came to A New Way of Life.

The first week was the hardest. When Rikki had only been out three days, A New Way of Life founder Susan Burton took Rikki and another resident to a recording studio where Susan was being interviewed for a podcast. Rikki was so overwhelmed with emotions that she had to sit in the waiting room, where Susan’s interview was being broadcast live on a speaker.

“I’m listening to Susan’s story, and I’m fascinated by the stuff she was saying. It calmed me to know that she was just like I am. She’s the same. We’re the same. We’re cut from the same thread. So that gave me a sense of belonging, a sense of safety, and a sense of friendship. I know that I can call this place my home.”

Rikki plans to start up a tattooing business on the outside, and as soon as she takes care of the basic tasks like getting her driver’s license and setting up a bank account, she plans to start on a painting or two.

“I’m very glad that I had the experiences that I’ve had. I’m sorry it took me so long because I only have one family member left. But that’s okay. I’ve slayed my demons, and if more demons come, I’ll slay them too before they cause any damage. I’m very strong.

“Maybe I should be more afraid of life, but I’m not. I have to live. And I’ve wasted so much of my life, and now I have to get back what’s left of it. So I’m not going to limit myself.”

Click on the arrows below to scroll through Rikki’s artwork.