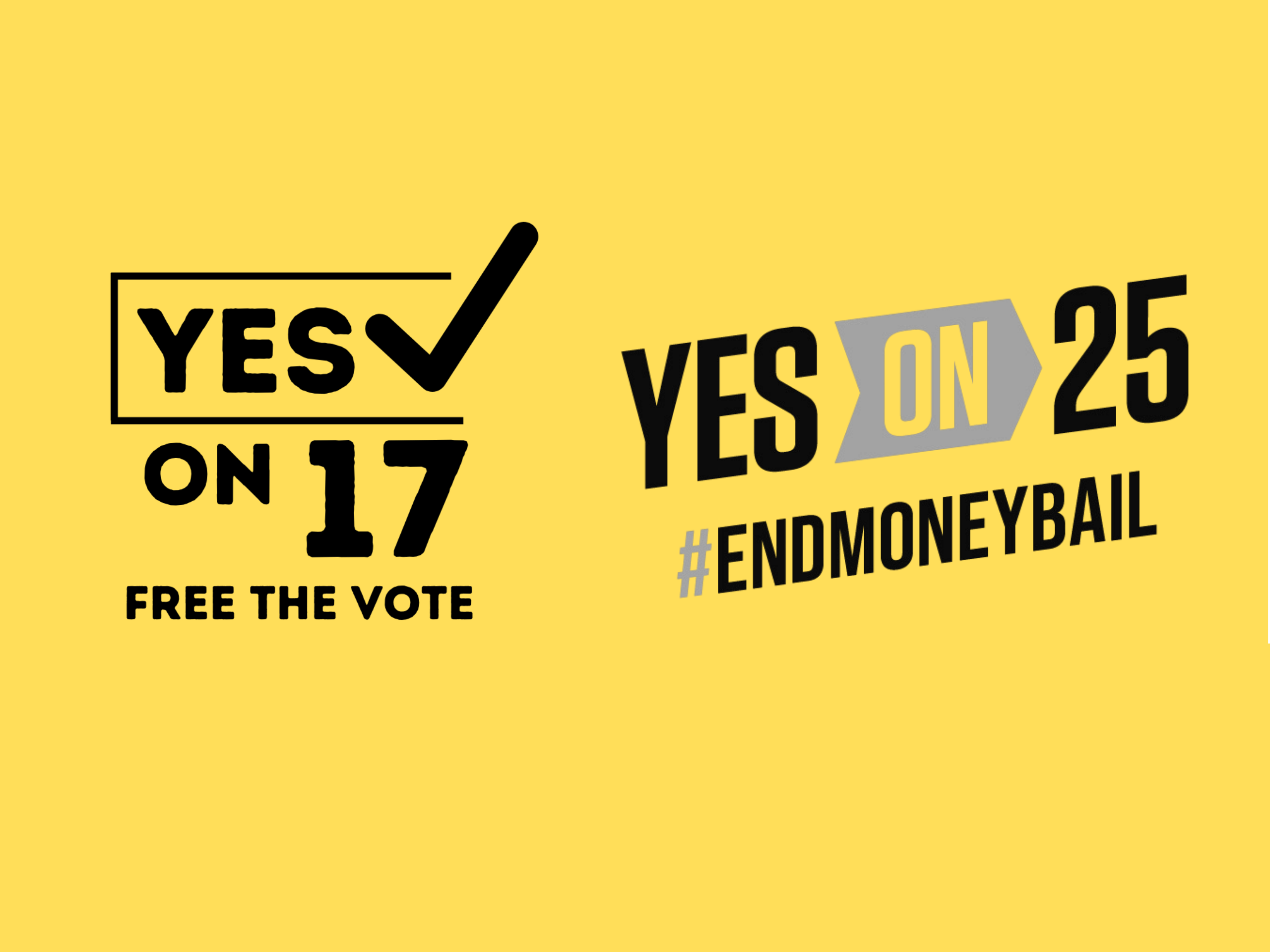 In California, many of us this week have received our ballots in the mail, all but ready to be marked with the voice of change. On this year’s ballot sit a total of 12 important propositions where Californians have the ability to mark either “Yes” or “No” on measures that will affect us all on a day-to-day basis. Feeling overwhelmed with all the choices? Not sure which proposition to support or oppose? No problem! Below you will find more information on Prop 17 and Prop 25, both on the ballot this year, and both causes that we here at A New Way of Life believe are in line with our fight for criminal justice reform.

Yes on Prop 17: Free the Vote
Restores the right to vote to individuals on parole and opens up opportunities to run for office