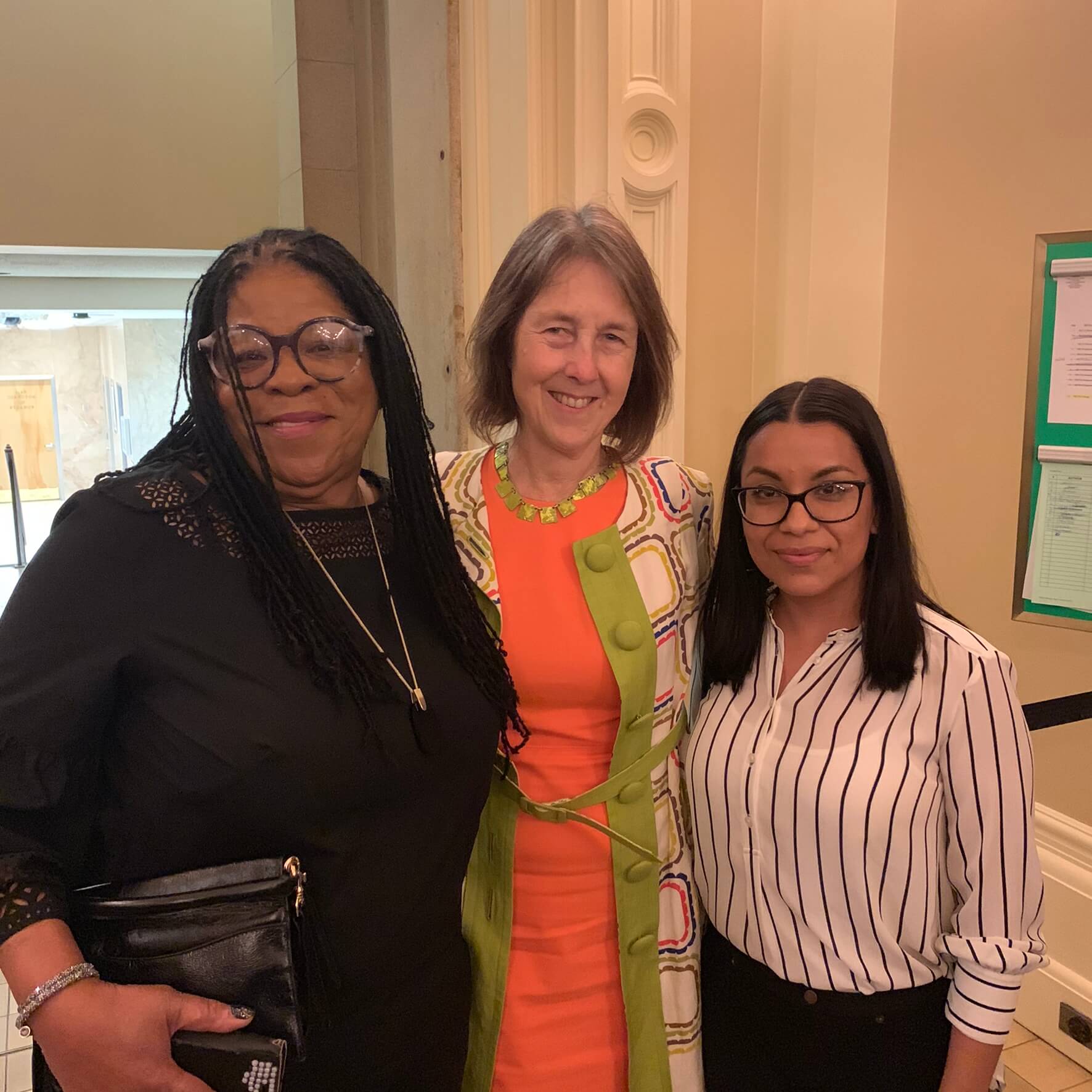 When it comes to reentry, people like to talk about giving formerly incarcerated folks “a second chance.” But one thing we understand at A New Way of Life is that many women have never even had a first chance.

Cristina is one ANWOL resident who is making the most of her first chance and is thriving now that she’s overcome adversities including addiction and homelessness.

Cristina and her younger brother grew up with parents who worked long hours and were gone frequently, which meant that they often had to take care of themselves. Their father was also an alcoholic. Cristina believes these two factors are what led her to start drinking at age 13.

When she was 15, Cristina was sent to live with a relative in Washington, which she resented. She returned to Los Angeles a year later, feeling angry and rebellious. Just months later, she learned she was pregnant.

“For a couple of years after my son was born, I tried to get myself together,” Cristina says. “I didn’t drink. I caught up in high school, despite being a year and a half behind in credits because of failing ninth and tenth grade. By my senior year, I was working at Disneyland. I got a scholarship.”

But once she left high school, she began to party too much. “I never saw it as a problem,” Cristina says. “I thought clubbing and drinking at a young age was normal.”

She moved out on her own with her son, and things continued to spiral. Her parents split. She wound up in a relationship with a man who used drugs, and soon she started using, too. “It didn’t take long for my life to be really bad,” she says.

Cristina dropped out of college, lost her job and had to move back in with her mother. They didn’t get along, and after an incident involving the police, Cristina landed in jail for three days, subsequently lost custody of her son and wound up living on the streets.

“It got worse from there,” she says.

Her drinking and drug use continued, and Cristina found herself caught in the revolving door of the LA County jail, in and out on a string of petty charges. Eventually, she wound up facing more serious charges — the direct result of the county’s criminalization of homelessness. Her lawyer was confident the charges would be dropped, but due to Cristina’s record, she had no choice but to take a plea deal for nine months in county jail.  “I asked the judge and DA to look at my history and the fact that I had a drinking and drug problem. I asked if I could go to rehab. They didn’t care at all.”

While she was in jail, Cristina got hold of a copy of Becoming Ms. Burton. “I read it in a day or two,” she says.  “I broke down just reading Susan’s story. She came out of jail a better person. I never thought that was possible for me. I thought I would never stop drinking and doing drugs. I wrote to Susan and asked her if I could stay at A New Way of Life when I was released. She wrote me back and said I could come. Just having that letter from her gave me hope the entire time I was in jail.”

But first Cristina would have to make it safely to A New Way of Life — and Century Regional Detention Facility did everything it could to prevent that from happening. On May 15, 2019, Cristina was released from CRDF in the middle of the night with no phone and no money, a dangerous practice that puts everyone — but especially women — at risk. Because she couldn’t pay for a phone call, Cristina was forced to wait outside the jail, hoping that a stranger would let her use their phone. As she left the releasing area, she was offered drugs and alcohol by someone lingering nearby.

Once she got hold of a phone, she called Susan, who arranged for a staff member to pick her up quickly.

Because of her frightening experience, Susan asked Cristina to travel to Sacramento in June 2019 to testify in favor of SB 42, the Getting Home Safe Act. The act would have required jails to provide a safe waiting place for folks leaving jail and a way for them to arrange a safe ride home. While the act passed both houses of the legislature, it was ultimately vetoed by Governor Gavin Newsom.

Despite the legislative setback, like so many ANWOL residents, Cristina found her purpose and passion in policy work. She helped out on grassroots voter campaigns at Community Coalition. She took a leadership course at the Goodwill Worksource Center. And last fall, she started paralegal training at LA Valley College, which she recently completed. She eventually wants to pursue her bachelor’s degree so she can go to law school. Now she is focused on finding a stable job so she can create a home with her son, who’s 14.

“A New Way of Life has really helped me steer my life in a better direction,” Cristina says. “Having the accountability and support of the women in the house is what’s helping me stay positive, stay sober and stay on track. It’s helping my son tremendously, too. His grades and his attitude have changed. That’s all thanks to A New Way of Life.”