“Even if it means fighting for the next 15 years, I’m going to fight.” 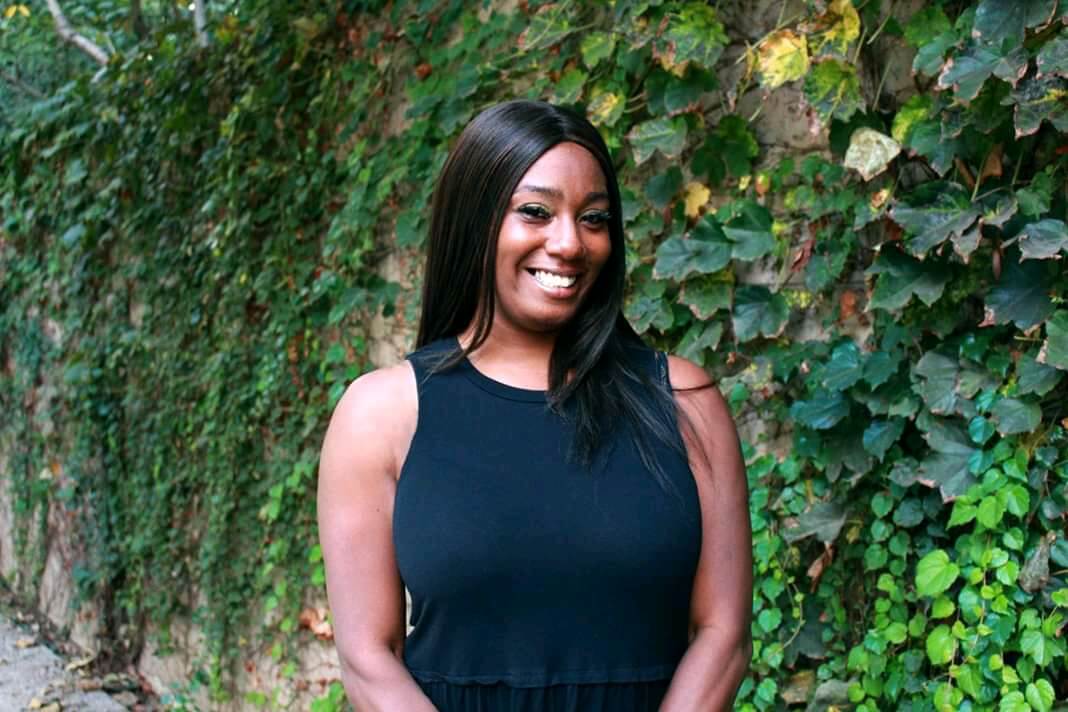 For many formerly incarcerated women, having to navigate a complex, hostile child dependency system is an unfortunate reality of life. Sadly, there isn’t always a quick, happy ending for these families torn apart by the justice system.

Stephanie Jeffcoat, who recently joined A New Way of Life as our 2020 policy fellow, knows firsthand the cruelty of the foster care system.

When Stephanie learned she was pregnant after being raped, she didn’t have any intention of seeing the pregnancy to term. “At the time, I was homeless and I was using, and I was just not in a good place,” she says. When she was unable to obtain an abortion in time, she tried to stop using drugs. “I thought I would be able to quit using,” she says, “but it just didn’t work out like that. I was dealing with so much emotional stuff because I was homeless and because of the rape. So I didn’t stop using.”

The day after Stephanie gave birth to her daughter, Harmony, Child Protective Services (CPS) in Orange County showed up in her hospital room and said they were taking the baby into their custody and would place her in the foster care system.

Initially, Stephanie was able to visit her baby five days a week, thanks to a judge’s order. The situation was further improved by Harmony’s first foster mother, who had a compassionate and productive relationship with Stephanie.

But two and a half months later, Harmony was placed with a new family. “That’s when things started to change,” Stephanie says. “They would only meet me for visits at the agency. Then they started giving me a problem about the visits. They didn’t want to stick to the judge’s orders that they bring her for visitations five days a week.”

During this time, Stephanie ended up in jail briefly. When she got out, she still had her parental rights. But when she went to CPS to try to get contact information for the social worker or her daughter’s foster family, no one would help her. “They just kept saying they’d call me. I kept calling and going in there, and nobody ever got back to me. When they didn’t get back to me for two months, I figured my case was closed, and I fell back into my state of addiction.”

Stephanie cycled in and out of jail a few more times on probation violations. During her last period of incarceration and unbeknownst to her, CPS set an adoption plan for Harmony. Within three months, CPS had finalized Harmony’s adoption. Stephanie wasn’t notified. CPS is supposed to provide two years for children to be reunited with their birth parents, but Harmony was only 14 months old when Stephanie’s parental rights were terminated for good.

“Had they notified me, I would have been able to appeal the decision,” Stephanie says.

Now Stephanie is fighting for her daughter, who’s three and a half years old.

She has consulted with lawyers who say she has a case because of the way the adoption was handled and her lack of notification when the adoption was finalized. And she’s been meeting with members of A New Way of Life’s Family Reunification Advocacy Project (FRAP), who helped her file the paperwork necessary to request documentation from CPS. She plans to petition the court to reopen her case.

At first, Stephanie felt a lot of guilt and shame about what happened with Harmony.

“I couldn’t understand how I had let my addiction get that far. Why couldn’t I stop using? I have older children who wondered why I went to the hospital but didn’t come home with a baby. I had to explain to them that Mommy couldn’t bring the baby home because of choices that Mommy made.

“But now I’m at peace with the situation. I know that it’s for a plan and purpose bigger than me. I feel like I’ve had to go through this so that I can be a testimony to other people who are going through similar situations. Had this not happened, my life wouldn’t be where it is right now.  This situation has changed my life and caused me to want to do something different. For me, my higher power is definitely the reason I’m even on this path. I feel like without him, none of this would even be possible. It still amazes me that I’m on this path right now.”

Stephanie’s path has “changed dramatically in the last year.” Once she got into a shelter and got sober after her most recent release from jail, Stephanie realized that she could have a different life. In August 2019, she enrolled as a full-time student at Fullerton Junior College, studying political science. She’s heavily involved in her church and with All of Us or None, a grassroots organization of formerly incarcerated people who advocate on behalf of justice reform. She’s also begun working for organizations that fight for justice reform. First she joined Community Coalition, where she worked as a community organizer. Now she’s A New Way of Life’s 2020 policy fellow and helps run the All of Us or None meetings she once attended.

And Stephanie is also part of Women Organizing for Justice and Opportunity, ANWOL’s leadership lab that teaches women how to fight the CPS system.

“Had someone told me then that what CPS was doing to me wasn’t legal, I would have had it in me to fight. I didn’t fight it back then. I just accepted it and figured there was nothing I could do to change it. I didn’t know. But now I know. I’m not just going to just let these people take my baby. Even if it means fighting for the next 15 years, I’m going to fight.”